What to do in preparation for iOS13 & iPadOS 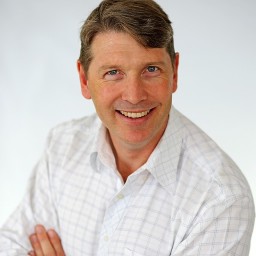 Brand New iPhones Coming (And Some New iPads Too)

In the early hours of September 12th Australian time Apple will be revealing the new iPhone 11, iPhone 11 Pro & iPhone 11 Pro Max. I also believe they will announce a new entry level iPad replacing the 6th generation model and may upgrade the specs in the two iPad Pro models.

Despite what has been written by many in the media these new iPhones promise to be the best Apple has released to date. In fact it's probably more appropriate to call them iCameras with phone capability as we seem to use our iPhone more for all it's other features, rather than as a phone!

Any shortcomings the iPhone has had in the past regarding low light photography should be well and truly put to bed with big improvements due to the already brilliant cameras. I should be able to sell my green screen too (if I make the upgrade) with the ability to replace the background or make the background transparent one of the features that has been discovered in the pre-release software.

I expect pre-orders to open at 5pm, Friday the 13th Australian time with the models officially available the 20th or 21st in Australia. The new iPads (if announced) will probably be available in October. If you have an iPhone 6 or earlier I would strongly suggest considering upgrading your iPhone. If you have an iPhone 8 or higher I do not believe you need to unless you simply want to have the latest and best.

Whether or not you choose to buy a new model iPhone, Apple will also be releasing the new version of software called iOS13 (for the iPhone) and iPadOS (brand new software for the iPad). This update brings significant changes to both devices but the biggest changes have been made to the iPad which now has its own operating system.

There are far too many changes to list here but the changes to the iPad will blur the line for most seniors, if it hadn't already, about the need to have a computer at all.

I have been able to film all of the new videos for the online school with only the iPhone and the base model 6th generation iPad. I have been able to create the titles and edit the videos all on this base model. There is very little in my workflow that requires a computer anymore so the the vast majority of you not working can ask yourself.. "Do I still need a computer?" and for most of you the answer is now no!

With iPadOS you can finally plug in a USB device, an external hard drive and even a mouse!! There are fantastic updates to the Photos App, Mail and huge changes to Reminders. There are literally hundreds and hundreds of changes coming.

As with all new updates I strongly recommend that you DO NOT rush out to do it in the first days. In fact I recommend that you wait about 2 weeks to do the update. Every year there are still bugs that need ironing out and this year is no exception as the pre-release version still has plenty of bugs that have not been resolved.

What to do in preparation for iOS13 & iPadOS

The most important thing you can do before this update comes out is to make sure your iPad and iPhone are backed up. It is such a simple process to do. For 99% of you backup will already be on and fully automatic but please check.

Sometime backups fail when you run out of iCloud storage or are not connected to WiFi so if you are prompted to buy some more iCloud storage please don't ignore it.

You can check if your backup is working or has been done recently by going to Settings > "Your Name" at the top of Settings > iCloud > then scroll down until you see iCloud Backup and even if it is on tap "iCloud Backup" to see when it was last updated.

If it has not been updated recently tap "Back Up Now" and make sure it completes.

There is no need to lose any data in today's age but as I write this I am trying to rebuild a clients photo collection from old CDs as their computer died and iCloud Photos was not on. To have all those memories potentially lost because of $1.49/mth or $4.49/mth not being paid can be devastating.

Please, if you do nothing else after reading this post make sure iCloud Backup is on and completing!

Have a Question about the new iPhones, iPads or Software Update?

The only silly question is the one you do not ask so don't be afraid to fill in your question below!